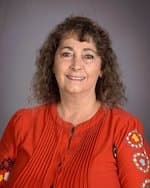 Beth has been involved with the Montessori community since 1971 as a parent, board member, fundraiser, event planner, substitute, and assistant teacher. She has been an AMS certified Montessori teacher since 1984, and the founder and head of school at Montessori Academy at Belmont Greene (MAB) since 2001. She brings to MAB extensive experience and a deep understanding of the Montessori philosophy and teaching methods. She has been able to attract a talented and gifted team of certified Montessori teachers who share her commitment to Montessori education and development. Beth recognizes that successful child development depends fundamentally on building a shared sense of Montessori family at the school, which can only be accomplished through effective and continuing communication with children, parents and faculty.

Beth is the director of the Northern Virginia Montessori Institute AMS affiliated teacher education program. This is the only one of its kind in Northern Virginia and one of only 3 in the entire state. Since 2007, our program has trained more than 150 new Montessori teachers, most of whom work in Loudoun and Fairfax Counties. In her role as director of both MAB and NVMI, Beth has helped significantly to set the standard for Montessori education in Virginia.

Beth’s professional career in Montessori is based on a Baccalaureate in Psychology from Loyola University, New Orleans, a Master’s Degree from George Washington University and Montessori certification from Virginia Commonwealth University. She also attended the academic phase of the lower elementary training in 2004.

Beth married Lawrence Theriot in 1970 and raised three successful young adults, all of whom completed Montessori primary school. She now lives with her husband and two cats and enjoys reading, visiting museums, spending time in New Orleans in her second home in the French Quarter, attending movies and plays, and of course spending time with her grandchildren. 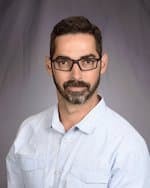 Bart received a Bachelor’s Degree in Finance from Auburn University in 1996 and his AMS early childhood credential from NVMI in 2009. He has been MAB’s Head of School, Administration since its inception in 2001.

Bart is also a Montessori alumni himself and father of 4 Montessori boys. He holds a great deal of respect for Dr. Montessori and the pedagogy she created. Bart is also devoted to serving those in need both locally and around the globe-a fact which he also attributes to his life-long exposure to Montessori.  Bart’s unique and broad perspective has enabled him to partner with an experienced, highly trained faculty and successfully engage parents in Montessori through lectures and parent workshops for nearly 20 years. Bart attended Montessori through Kindergarten and continued to remain involved with Montessori through his mother, Beth Theriot (Director, MAB).

Bart is married to Jill Theriot, Assistant Head of School, Operations, making MAB a unique family operation. He is a lover of sports and the great outdoors, passions which he he shares with his four sons. His most cherished hobby is soccer and he played at Auburn University for two years. In his free time, he enjoys hiking with his family and adventure racing. 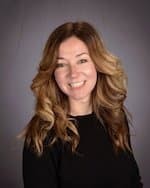 Jill received her Bachelor’s Degree in sociology from SUNY-Albany in 2000 and began working as a Montessori assistant in 2001. She joined MAB in 2003 and received her AMI Montessori Teaching credential in 2004. During her time here, Jill has worked in our infant, toddler and primary programs and served as Belmont Club Director. In addition to being Assistant Head of School, Jill is also a lead teacher in the All Day Children’s House. In addition to her responsibilities at MAB, Jill worked as Program Director and instructor of Sensorial and Sign Language for new Montessori teachers at the Northern Virginia Montessori Institute.

Jill is devoted to children of all ages and has specific experience working with children who have special needs. As Assistant Head of School, she is highly involved in administration and parent education and participates with the FAN to coordinate school events. Jill is also an advocate of environmental conservation and contributes to MAB’s continuing efforts to be ecologically friendly. She is also the mother of two Montessori boys. 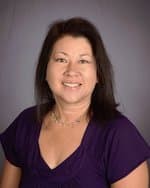 Robin has been a part of MAB since we opened our doors in the fall of 2001. Since that time she has made significant contributions to the growth and development of the school and its staff. She is our Assistant Head of School, Organization and coordinator of special programs and served as a lead primary teacher with MAB for 12 years. In 2018, she stepped out of the classroom to focus upon administrative and faculty support, family outreach, FAN coordinator and to work individually with students who may require additional attention for behavioral, developmental or academic learning differences.

Robin completed her AMS early childhood certification for ages 2.5-6 at the Northeast Montessori Institute in 2004. She has supervised several teacher interns as a teacher trainer and Practicum Coordinator for Northern Virginia Montessori Institute. Robin has exceptional management skills, having worked for seven years training staffs of over 200 employees in the retail/restaurant industry. Her management expertise, natural abilities with children, and dedication to the Montessori philosophy, has afforded Robin great success in all aspects of her career.

Robin has been married since 1992 and has four Montessori educated children. She supports the importance of community connections and models community involvement through her roles as coach and volunteer. In her spare time, Robin enjoys watching her childrens’ sporting events including football, basketball, softball, golf and lacrosse. When she has a free moment, she loves to travel to the beach with her family. 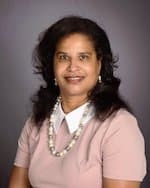 Marie is the lead teacher in the Nido.  She graduated with honors from the Hotel Management School of Haiti in 1982.  Marie’s passion has always been helping children and she began working as a teacher in birth to three programs in 1991.  In 2006, Marie joined MAB.  She acquired her AMS Montessori Infant and Toddler credential from the Montgomery Montessori Institute in 2015.

Born in Haiti, and an avid traveler, Marie brings a unique cultural experience to MAB.   She is married to a former diplomat and had postings at US missions in Portugal, Brazil, Haiti and Mexico.  Marie is fluent in French and understands some Spanish and Portuguese.  She has two adult children and three adorable grandsons. 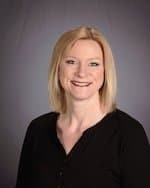 Carolee Marsh joined MAB in 2003 and is a lead primary teacher and coordinator for MAB’s Summer programs. During her time here, Carolee has helped to shape our primary program and made significant contributions to our school culture. She received her AMS early childhood certification from North East Montessori Institute in 2005. Carolee enjoys spending time with family, traveling and learning about different cultures and insects. 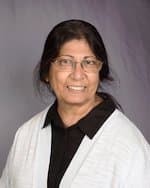 Rahila Minai has been working with MAB since since it opened in the Fall of 2001. She has been a Montessori educator since 1995 and represents a wonderful example for the authentic Montessori guide.

Mrs. Minai holds a bachelor’s degree in liberal arts and a fine arts certification from the University of Karachi. Rahila received her AMS early childhood teaching credential from the Northeast Montessori Institute in 2005 and became a lead teacher in a primary classroom. 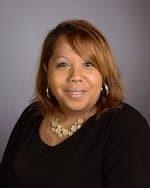 Sherri Parker began working at Montessori Academy in 2002. She received her AMS Early Childhood Certification from the Northeast Montessori Institute in 2005. Sherri has devoted much of her life to children and to Montessori education. She has taught Spanish, and was a Summer Program coordinator, as well as an assistant teacher trainer in other Montessori environments. Sherri is a lead primary teacher here at MAB. She is also the Peace Program Coordinator, providing support for staff to promote the peace education curriculum in their classrooms. Sherri loves spending time with her family and is a devoted mother to three children. 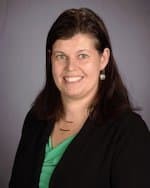 Mrs. Tubic is a lead teacher at MAB and has been with us since 2006. She holds a Bachelor’s degree from Queensland University of Technology and received her AMS early childhood certification from the Northern Virginia Montessori Institute in the Summer of 2009. She spent several years working as an assistant with Jill Theriot -Assistant Head of school, where she was able to fine-tune her teaching skills. Originally from Australia, Mrs. Tubic now lives in Leesburg with her husband and daughter. 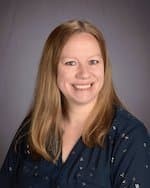 Ms. Bennett is a teacher in the elementary class with Mr. T and Mr. Smith. She joined MAB in 2006 and holds the AMS early childhood certificate (age 2.5 through 6yrs). Ms. Bennett completed her AMS lower elementary certification (age 6-9yrs) in 2015. Though her bachelor’s degree was in sociology she took advantage of many of the elective art classes that JMU had to offer. Before starting her career in VA she spent many summers teacher an arts and crafts program to underprivileged children in Hartford CT. Susan has a unique ability to integrate her considerable artistic talents into the Montessori curriculum and created a fabulous annual art expo held by the elementary students. 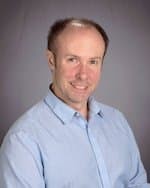 Landon received his Bachelor’s Degree in History with a minor in Information Technology from George Mason University in 2001. Other coursework included an extensive study of astronomy and archaeology. He went on to finish his Masters Degree in applied History in 2003. Mr. Smith is known as our Jack of all Trades because of his varied interests and many talents. A few years before joining MAB, Landon studied gymnastics instruction and Sensory Motor Integration at GMS Gymnastics in Manassas, Va. After ten successful years of training and coaching gymnastics from beginner through competitive levels, he narrowed his focus to Montessori education. Landon began working at MAB in 2007 and after four years received his AMS Early Childhood Credential from the Northern Virginia Montessori Institute. Four years after that, he completed his AMS lower elementary certification (age 6-9) at Princeton Center for Teacher Education in 2014. Mr. Smith runs the Belmont Club extended day program for the older students and is our PE instructor as well. Landon enjoys bringing his experience and expertise into the gym as well as the classroom, and is never too far from his guitar. 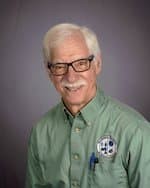 Mr. T, as MAB students know him, completed the AMS Montessori elementary teacher training at the Barrie School in 2001 and became lead teacher in our elementary program. He went on to complete his AMS certification for upper elementary at the Princeton Center for Teacher Education during the summer of 2004. Until 2014, Mr. T served as lead teacher in the elementary room, but since then his role has adjusted to part-time classroom support and consulting. Whatever his title, Mr. T will always maintain a presence in the elementary classroom -especially in the cultural/science/history curriculum, which, along with math, are his favorite subjects.

Mr. T has degrees in Business from Loyola University, New Orleans, International Economics from the University of Surrey, UK, and completed course work towards a Doctorate in Soviet Economics at George Washington University. His professional career involved travel and working in more than 40 countries.

A Louisiana native, Mr. T has been married to Beth Theriot for over 40 years and happily assisted in raising three Montessori children, all of whom are self-confident and independent young adults. The Theriot family (including two cats) resides in Leesburg, Virginia 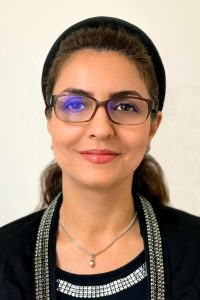 Nahid Eghbali is the lead teacher in the Early Montessori Classroom for children age 16mo.-3years old. She has worked in Montessori, inspiring young children for over 6 years. Mrs. Eghbali holds the birth-to-three Montessori certification from the Center for Guided Montessori Studies. She also has her bachelor’s degree in Public Relations with an extensive background in photography and journalism.
Mrs. Eghbali’s passion for Montessori is only exceeded by her love and respect for young children. Her calm presence and ability to connect with her students across the full range of personalities, needs and interests, make her a wonderful Early Montessori teacher and constant advocate for children.