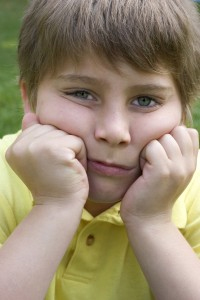 I own an iPad, iPod, iPhone and a desktop computer.  I also have two televisions, thousands of channels of cable and a Sony Playstation 3.  I even have a record player.  I am no stranger to electronics and technology and clearly I am in favor of their use –judiciously of course.   However, it is also my job as a Montessorian and as a father of three boys to constantly analyze the manner in which children experience life.  From my observations, I am convinced that our society is approaching a point where “boredom” no longer exists.  Depending upon your view of boredom, that might sound like a good thing, but the implications of this for our children could be more drastic than you may realize.

I placed the word “boredom” in quotes because its definition changes depending upon whom you ask.  As a child, I remember complaining to my parents that I was bored.  My friends and I would even commiserate over our boredom when we were together.  At the time, I don’t think we really knew what it meant to be bored.  To some, the opera may be boring, and to others reading a book is a total snore.    Various forms of boredom are used in prison and even as a means of psychological torture.   For now, let’s  agree on the following general definition for the word:  “Boredom –the feeling that results from a lack of personally interesting/engaging stimulation.”

However you define it, boredom can be downright painful –especially if you aren’t mentally prepared for it.  An increasing number of us aren’t, which is why we have invented so many external means of avoiding it.  Filling our downtime with entertainment has become such a part of our lives that we unwittingly project this idea onto our children.  Not to mention that we have extra reason to promote the concept since parenting becomes much easier when your children are entertained.

So what do we lose when we are so easily able to escape boredom?  One thing we lose is patience.  If you don’t believe me, leave your phone at home and then head over to the DMV.  I’ve written about the importance of patience right here on this blog and I’m certain all parents agree that it is an important life skill.  You can say goodbye to creativity, too, which is often borne from boredom.   We also lose the ability to engage with our environment –especially the human beings around us.  Here I’m speaking more in evolutionary terms since staring at your smartphone doesn’t immediately erase your social abilities.  Over time, however,  if the bulk of our society continues to walk around with eyes glued to smartphones and iPads, I promise there will be a widespread drop in the ability of humans to interact face-to-face.  Raise your hand if you think in-person human interaction is something we can do without.

There is an important distinction if we apply the thoughts above to our children instead of ourselves.  The difference is that we adults (most of us anyway) already have these important skills to lose.  But children have not yet had the chance to develop these skills and it is our responsibility as parents to ensure that they take advantage of the limited opportunities they will have to do so.

I remember when computers came equipped with the game solitaire as a standard program (now you get Youtube and who knows what else?) and businesses all over the country had to develop internal policies to prevent staff from spending more time playing cards than working.   Clearly management wrote these policies because they knew that playing solitaire meant lower productivity, I also like to think that they recognized the value of boredom for their employees (and to their business).

What’s the value of boredom? Why is something that we consider an annoyance actually so good for us?  For starters, boredom, and time spent “doing nothing” may be the birthplace of creativity (look at just about any sport out there from basketball to jai-alai and I guarantee it was invented by a creative and perhaps very bored individual).  You could also say the same for many inventions, books, songs, paintings, plays, poems and other works of art not to mention some pretty important thoughts and discoveries.  In point of fact, James Naismith, Isaac Newton, Leonardo DaVinci, Ludwig Von Beethoven and Martin Luther King, Jr. may not have considered themselves bored at all.  However, they certainly had less options for “entertainment”, so when they had “nothing to do” they painted, wrote music, thought, spoke and invented amazing things.  They discovered their own passions and abilities and used them to change the world.  Watching a movie, playing a video game or reading what our “friends” had for lunch on Facebook is not creating anything.  In fact, these things actually take away from the time where we could be discovering our own abilities and creating something uniquely wonderful.

Even if you aren’t creating a masterpiece, boredom is still a great time for your brain to take action.  We all carry thoughts with us –especially children, who’s brains, because of their higher number of synapses, are literally jam-packed with ideas and questions waiting to be resolved.  At times there may be so many ideas that they actually interfere with one another, making concentration difficult.  A little boredom can be just the thing to allow the brain to catalog all those ideas and sort of reset itself to make room for new thoughts.  Boredom is our brain’s opportunity to stop and smell the roses.

When a child says he is bored, often times it is not because there is nothing to do, it is more likely because there is nothing he wants to do, or that he may need to be creative in finding something to do.  Now, children complaining of boredom is nothing new, but new technology allows parents to respond in a very different way than that of our parents.  As a young child, when I told my parents that I was bored, nobody handed me a smartphone or even bothered to suggest options for my entertainment.  Knowing my parents, I suspect they wouldn’t have reached for the iPad so quickly even if it was available.  No, I remember hearing “Go outside and find something to do and don’t come back until dinner.”   Thus, I was left to develop my own methods of handling boredom.

At the time, this was not the response I was looking for and I’m certain that I muttered a few things under my breath as I sulked my way into the back yard.   Sometimes I made mistakes.  Occasionally, I even got into trouble.  Sometimes I learned more about myself and the world around me and even created some pretty amazing things. Other times I returned to my parents hours later just as bored as I was when I left.  Still, no matter what I did during each of those times of boredom, I developed patience, self-reliance, character, honesty, creativity, problem solving, ingenuity and a host of other critical life skills that I use every day in my adult life.  It was that downtime –that boredom, as much as anything else, that helped me to become the person I am today.

Children need to struggle.  They need to fail and make mistakes and they need to experience times where they must rely on themselves and their own abilities to solve problems.  This is where true character and grit come from and it is often where the greatest discoveries are made.  Every time we save our children from “boredom” we stand in the way of their independent development.  At the same time, we send them the message that not only is boredom something to be avoided, but that it is someone else’s responsibility to provide the tools to do so.  So the next time your child starts showing signs of boredom, before you reach for the iPhone or step in to solve the problem, remember that message and realize that you may be taking away from your child the very skills you want him to develop.